“Fundraise by doing the things you enjoy”, says Tony Naake

“Fundraise by doing the things you enjoy”, says Tony Naake

ABM supporter, and St James’ King Street, Sydney, parishioner, Tony Naake, talked to ABM about raising $50,000 in a little over two and a half years for the Myanmar Integrated Water, Sanitation and Hygiene Project.

Tony Naake has been on three ABM pilgrimages to Myanmar, but it was during the second one, in 2018, that he made the decision to raise significant funds to help the local people there. “We visited the village of Mya Goe Gyi, a remote village in the Aerwaddy delta, and here was all this water, but none of it was easily accessible to the people there.” Tony learned that the water had been contaminated by fertiliser run-off, factory waste, human waste and garbage. Hence women had to walk to other villages carrying plastic jerrycans to collect clean water to drink.

“I decided to try and do something to help.” The Tony Naake Myanmar Water Challenge had begun!

Back home in Sydney, Tony worked with ABM to organise some fundraising activities. A video was made, which Tony emailed around to all his friends and business colleagues, asking them if they’d be willing to donate, and to pass the email on to others. This set the ball rolling. People in Tony’s circle of friends and acquaintances now knew about his passion to raise $50,000 so people in remote Myanmar villages could access clean water.

Support came from all quarters. A friend having a significant birthday asked her guests to donate to the Water Challenge. A parishioner at St James’ gave $20, which was all she could afford. Another parishioner organised for Tony to speak at her retirement village.

Bishop Bill Ray and ABM’s Brisbane Committee organised with Fr Michael Stalley, priest at St David’s Chelmer and Graceville, for Tony to speak about his Challenge at a breakfast there.

Tony had two garage sales where he sold his beloved vinyl collection of Jethro Tull and Pink Floyd. He organised a street stall in his local suburb. He spoke for 30 seconds on Simon Mahoney’s program on ABC radio where people can phone in and talk about their charitable event. Fellow diners at Tony’s fortnightly parish lunch group regularly gave to the Challenge as part of their after lunch giving.

Tony even used his part-time workplace – a wine shop – to spread the word. “I collared a few of my customers and hopefully they donated!”

Then, on 24 November, Tony was out shopping when he had a phone call from ABM’s Executive Director, Rev’d John Deane, telling him that he had not only reached his $50,000 target, but had exceeded it.

This was Tony’s first experience of fundraising. He says it wouldn’t have been possible without the generosity of friends and acquaintances, the support of ABM’s marketing team, and ABM’s network of volunteers.

He also added, “If you are going to fundraise, make sure you do things you enjoy. It has to be fun.”

ABM wishes to thank Tony for his wonderful effort in raising more than $50,000 for the Myanmar Integrated Water, Sanitation and Hygiene Project. If you would like to donate to this project, you can do so here. [Link coming soon] 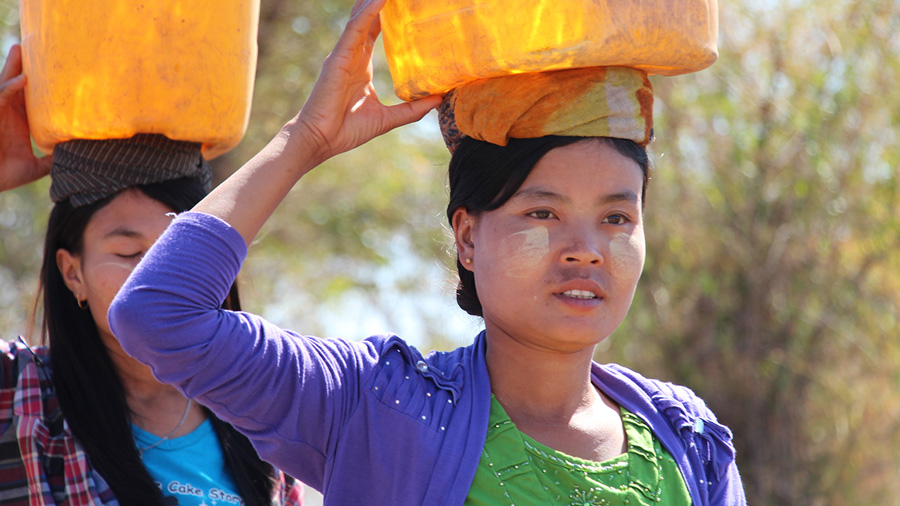