Established for over 170 years

The Anglican Board of Mission was established in 1850, by the bishops of the then Church of England in Australia. It was originally called the Australasian Board of Missions and was led by the bishops of the Church in Australia and New Zealand. The motivation for its founding was a plea from the Bishop of New Zealand, Bishop Selwyn, for funds to buy a boat from which the Church could take the Gospel to the islands of Melanesia. The fruits of this became the Melanesian Mission, and later the independent Anglican Church of Melanesia, which continues to partner with ABM today.

In 1872 ABM was constituted formally as a Board of the Church, by a canon of General Synod. In the 1880s ABM supported missions to the Indigenous people of Australia, and in 1891 ABM sent the first Anglican missionaries to the island of New Guinea, which became established as a diocese within the Church of England in Australia. The Anglican Church of Papua New Guinea became an independent church in 1976.

Throughout the 20th century, ABM was active in supporting missions in the Pacific as well as around the world, including China, Japan, India, Indonesia, and part of Africa. Support for the Diocese of Jerusalem began in the first decades of the 20th century and continues today.

During the 1990s ABM’s approach to mission changed from one of sending out missionaries from Australia, to working in partnership with Anglican Churches around the world. Some of those churches were in part the fruits of former ABM missionaries.

The Episcopal Church of the Philippines became a partner of ABM in the early 1990s, as did the Anglican Church of Myanmar.

In the 21st century, ABM expanded its partnerships to Africa, including development partners in the Anglican Church of Kenya and the Zambia Anglican Council. Most recently the ABM Board has approved a partnership with the Church of Ceylon for some Sustainable Communities work.

The early 21st century also saw the National Aboriginal and Torres Strait Islander Council (NATSIAC) became a key partner for ABM.
In 2021 ABM formed an additional entity, Anglicans in Development (AID). This change enabled ABM to distinguish more efficiently between its ‘religious work’ and ‘benevolent work’ while still maintaining our same holistic approach to mission. This was in alignment with Australia’s charity regulations and tax laws.

ABM and AID, with our partners, continue to respond to the holistic call of God’s mission, serving people in all aspects of their lives – from the spiritual to the practical. 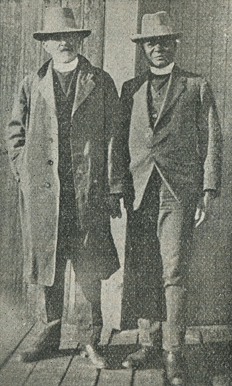