Making a Commitment to our Planet

Making a Commitment to our Planet

The Anglican Diocese of Newcastle in New South Wales’ Hunter Valley coal mining region has taken steps to divest from fossil fuels over the next four years.

The Bishop of Newcastle, the Right Rev’d Dr Peter Stuart, said this week, “We are blessed with a group of clergy and laity in the Diocese who are thinking strategically about environmental action. They promoted a reconsideration of our investment policy. This was met with commitment to careful analysis by the Board of the Trustees and the Anglican Savings and Development Fund.

“What we witnessed was a commitment to multiple stewardship responsibilities – to the planet, to people, to financing our ministry and mission.

“The scene for this conversation was set in the previous Synod when environmental action was affirmed.

“As a Bishop I have been calling for long term government action for our region which relies heavily on fossil fuel mining. We need a multi-party commitment to a just transition from economic reliance on these industries.”

“Caring for God’s creation is a core mark of mission for the Anglican Communion and has been embraced by the Anglican Diocese of Newcastle for some time”, adds the Chair of Newcastle Diocese’s Anglican EcoCare, Canon Andrew Eaton.

“Anglican EcoCare believes Christians have a moral imperative to not only care for creation directly in our everyday lives and on our church properties, but also to invest ethically.

“As Newcastle Diocese moves to divest from fossil fuels, we recognise this is but one step in a long process of becoming a sustainable diocese and region.

“Divestment from fossil fuels also provides an opportunity to invest ethically in renewable energy sectors, which will not only work towards reducing emissions, but will be part of just transitions for workers employed in the coal, gas, and oil industries.

“We hope other Australian dioceses will join in direct action to safeguard creation and renew the earth.”

ABM understands that several Australian Anglican dioceses have begun to divest from fossil fuels. We would like to congratulate them, and the Diocese of Newcastle, as together we work to see the Fifth Mark of Mission enacted: “Protect, care for and renew life on our planet.” 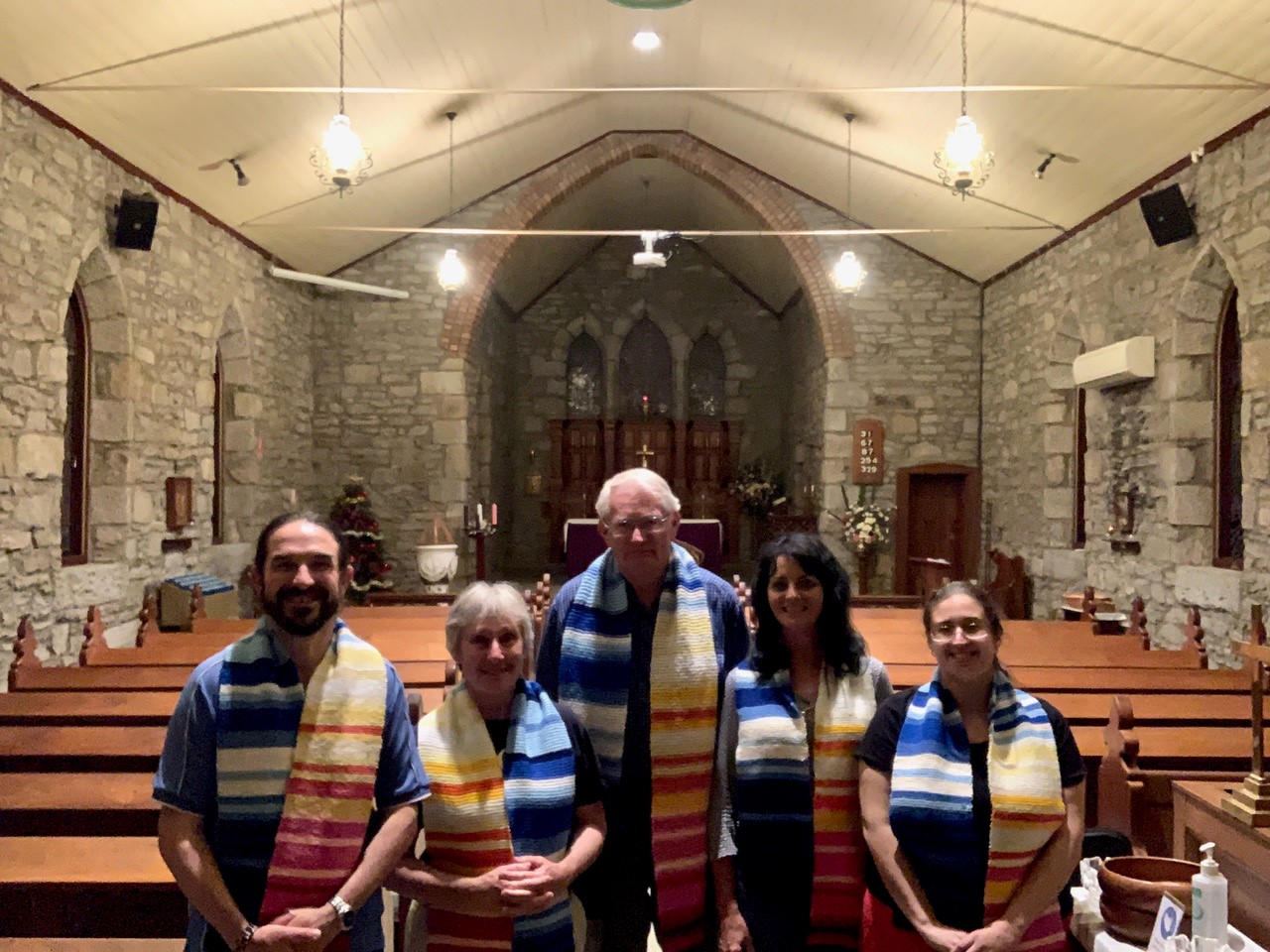 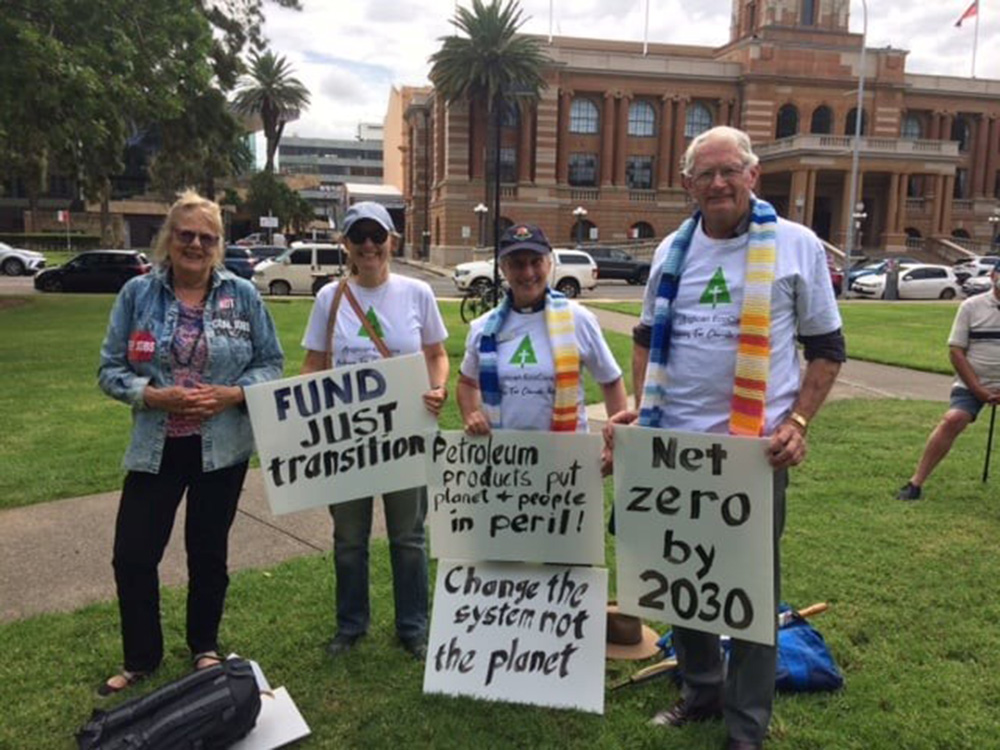 Members of Anglican EcoCare campaigning in Newcastle for a just transition to net zero emissions by 2030.