The ABM board has struck a medal as a means to recognise the contribution of former missionaries, volunteers and staff.

The medal is known as the Coaldrake Award, after the Rev’d Canon Frank Coaldrake who served with distinction, first as a missionary and later as Chairman of ABM.

People’s faithful and selfless commitment to promoting the Gospel and growing the Church has laid the foundation for the missional partnerships that continue to underpin all our work today.

As a sign of our appreciation for their work with ABM, the Board wishes to hear from anyone who feels a person should be nominated. The protocols for nominating can are written below and a copy of the nomination form can be downloaded by clicking the button below.

Many awards have already been presented. Awards may be made posthumously.

In recognition of exceptional service to God’s mission

Throughout the Anglican Board of Mission’s history, hundreds, if not thousands of people have given selflessly so that the organization has become what it is today. At certain points in ABM’s history, the very survival of the organization relied on the work of volunteers. Through the Coaldrake Award, ABM formally recognises the people who have so generously contributed to our missional work.

The Award is named after a former Chairman of ABM (1957-1970), Canon Frank Coaldrake, who was himself a missionary and made an exceptional contribution to overseas mission.

Bestowal of the Award

This will be made by the ABM Board on the recommendation of the Board’s Nominations Committee. ABM supporters are invited to submit nominees via a nomination form on the ABM website or by contacting the office for a nomination form. The Awards are not intended to be exclusive and will seek to recognise all who satisfy the criteria.

The Award comes in the form of a medal (Frank Coaldrake Medal) and a lapel pin. Holders of the Award will automatically be granted the status and rights of an Honorary Associate of ABM.

There are no post nominals attached to this award.

Who can be nominated for a Coaldrake Award?

Anyone can be nominated for a Coaldrake Award. The Coaldrake Award is presented to people whose record of service meets at least one of the following criteria:

How are the nominations assessed?

The Nominations Committee consists of the Executive Director of ABM or their nominee, an ABM Board Member and the ABM Auxiliary President.

In considering nominations the Committee seeks to satisfy itself that the information provided is accurate and that the person concerned:

All nominations are confidential and the person being nominated should not be advised of his or her nomination.

How long does it take for nominations to be considered?

Nominations are assessed once a year and so may take up to twelve months to be evaluated.

How are recipients told of their award?

Recipients are informed in writing of their award and provided with details for how the award will be presented to them.

Nominators are advised of the outcome of their nomination at the same time as the nominee. In the case of multiple nominators, the first will be received as the official nomination with successive one informed that a nomination has already been received.

How are awards presented?

The Nominations Committee will organise for the Award to be presented by a representative of ABM or the Anglican Church on a suitable occasion. These could include:

How do I nominate someone for a Coaldrake Award? 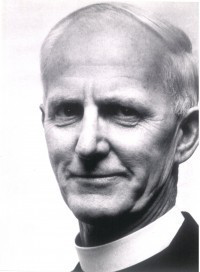